Horses are associated with some of the most dramatic events in human history as well as with important socio-economic changes that human societies underwent over the past four thousand years. The domestication and early use of horses by human is not very different form the domestication of other animal and plants, and it cannot be described as a 'revolution'. However, an on-going research which I am conducting in cooperation with colleagues from the Hebrew University, Haifa University and Yale University, suggest that in China and Mongolia the beginning of horseback riding can be defined as a revolution. Rather than a slow pace evolution, the beginning of horseback riding seems to have been a very rapid process and the advancement of cavalry warfare was even faster. Spreading throughout the region within less than 50 years, mounted warfare shaped the geopolitical landscape of East and Central Asia for the next two thousand years. It is associated with nomadic empires, including the Mongol Empire which was the world's most extensive landed empire, but it also catalyzed no-less extensive reaction by the settled Chinese empires, including the adaptation of cavalry but also the construction of huge walls and fortifications (the so-called 'Great Wall of China'). In this talk I will present the preliminary historic, archaeological and zoologic findings of our team and discuss the 'revolutionary' nature of the beginning of horseback riding in Mongolia and China. 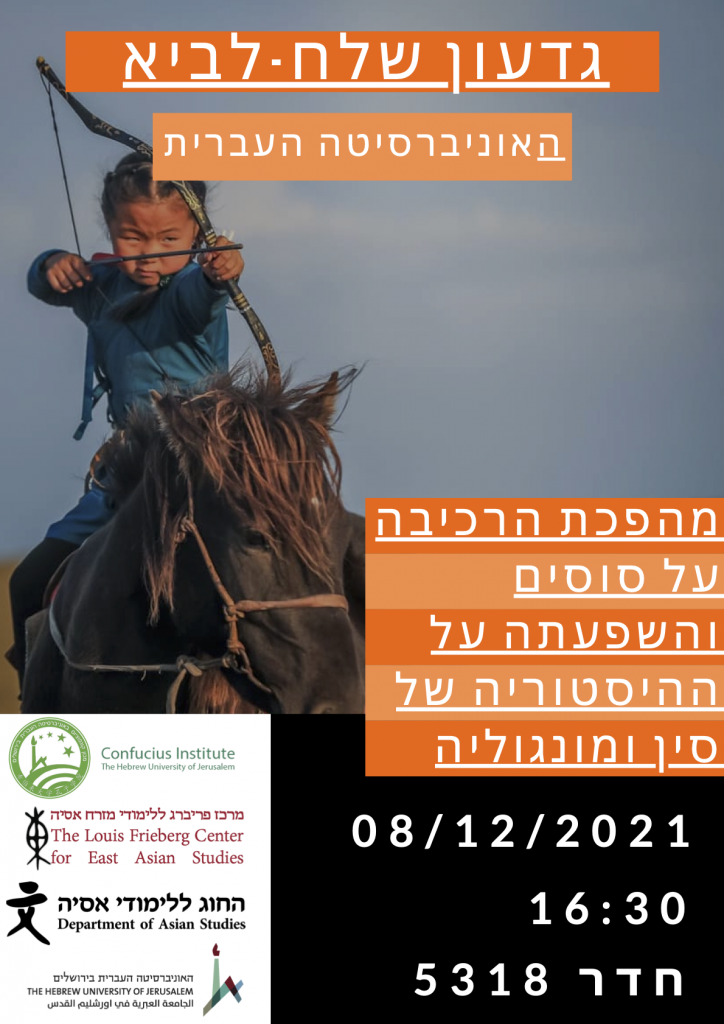